Autistic Spectrum Finland (ASY) is a national organization led by autistic adults. Our constitution requires that half or more of our board members are on the autism spectrum. Throughout our existence, since the Association started in 2005, all or most board members have been autistic. ASY is a member of the European umbrella organisation EUCAP, along with other autistic-led organizations. ASY is also a member of the Autism Finland umbrella organisation, along with nearly 30 other Finnish associations of various types. 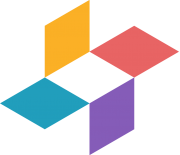 At the beginning of the year 2021, ASY had about 200 members. Our members pay a small annual fee, and get informed about events, activities and major board decision through this website, our Facebook group and Discord channel, and email newsletters. In a survey of our members, conducted at the end of 2017, 94 % of the respondents identified as being on the autism spectrum. Most of them had been officially diagnosed by a specialist practitioner. The non-autistic members who responded were parents of autistic children or adolescents.

The purpose of our association is to promote social inclusion, independent life and general well-being for people on the autism spectrum. Our target group was originally defined as Asperger’s syndrome and autistic conditions similar to it, recognizing the fact that the association could not realistically offer much to people with e.g. very limited verbal communication. Many of our members refer to themselves as assi, the Finnish equivalent to aspie. We do not, however, judge people on the basis of their individual challenges or refuse anyone on the basis that they are too autistic. Over the years, people’s perceptions and the terminology have gradually shifted, and it is now common for our members to talk about the autism spectrum or ‘neurospectrum’. Also, we recognise that many of our members have multiple diagnoses and identities, and we are happy to work in cooperation with organisations where the main focus is on other types of neurodivergence.

Our members perceive their autistic characteristics in various ways. Some feel they are only ’different’, some identify with the terms neurodivergent and neurodiversity, some are disabled and rely on disability services, some seek therapies or medications, and some may even express the idea that they would rather not be autistic. We do not require members to subscribe to any particular interpretation or ideology.

A core part of ASY’s activity is peer groups, usually run at lest once a week for most of the year in the capital region and less frequently in Lappeenranta, in south-eastern Finland. As the COVID-19 pandemic brought physical meetings to a halt, we have actively developed new forms of online peer activities. The groups and meetings focus on various topics, some on self-help and support, some on leisure activities, some on research and political themes. We also network with autistic-led peer groups run by other organisations in different parts of the country.

Our main annual events, which bring together a considerable proportion of the membership, are the Autistic Pride Day in June and a two-day AutWave in October-November. We aim to develop connections with similar organisations in other countries and to learn about the situations of autistic people elsewhere by inviting speakers from abroad. Over the past years, we have had guest speakers from Sweden, Estonia, Russia, Malta, the Czech Republic, the Netherlands and the United Kingdom.

To enquire about the association or current activity in English, send email to info@asy.fi

All those who are interested in discussing autism and autistic people’s situations in Finland are welcome to join our Facebook group Autism Spectrum Finland.